The Duneland YMCA was established in February 1966 as the ''Westchester Branch'' of the Porter County YMCA. The project was initiated by the Chesterton Junior Women's Club to provide ''year-round recreation for all ages, a lasting project that can be expanded through professional guidance.'' With its headquarters in the Thomas School, the YMCA hosted programs such as ''Muscleman's Club,'' Air Rifle Club, Guitar Club, and gymnastics. Even then, the Y's focus was on the family programs for all ages, ranging from preschool to seniors.

The Westchester Branch moved to its current location at 215 Roosevelt Street in 1972 and incorporated as the Duneland Family YMCA in 1977. In 1981, a building addition shaped the YMCA's current form for the gym areas, earning honors as one of the top five athlectic building built in the United States that year.

Although we are considered an independent YMCA, we have a strong connection with other local YMCA's in Northwest Indiana which has come to be known as the ''Toll Road Ten.'' The ''Toll Road Ten'' consists of: YMCA of Portage Township, YMCA of the Hammond Area, Niles-Buchanan YMCA and YMCA of Michiana.

The goals of the Duneland Family YMCA are to provide activities for the youth in our area that shape values and encourage life-long community service. We strive to support and strengthen all Duneland area families and encourage and support them in the development of healthy lifestyles. 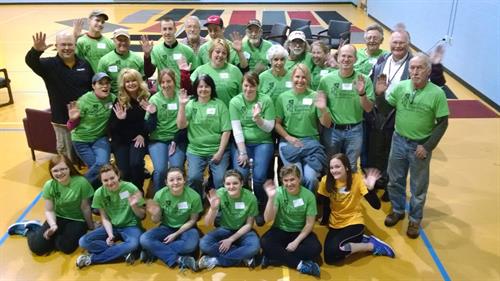